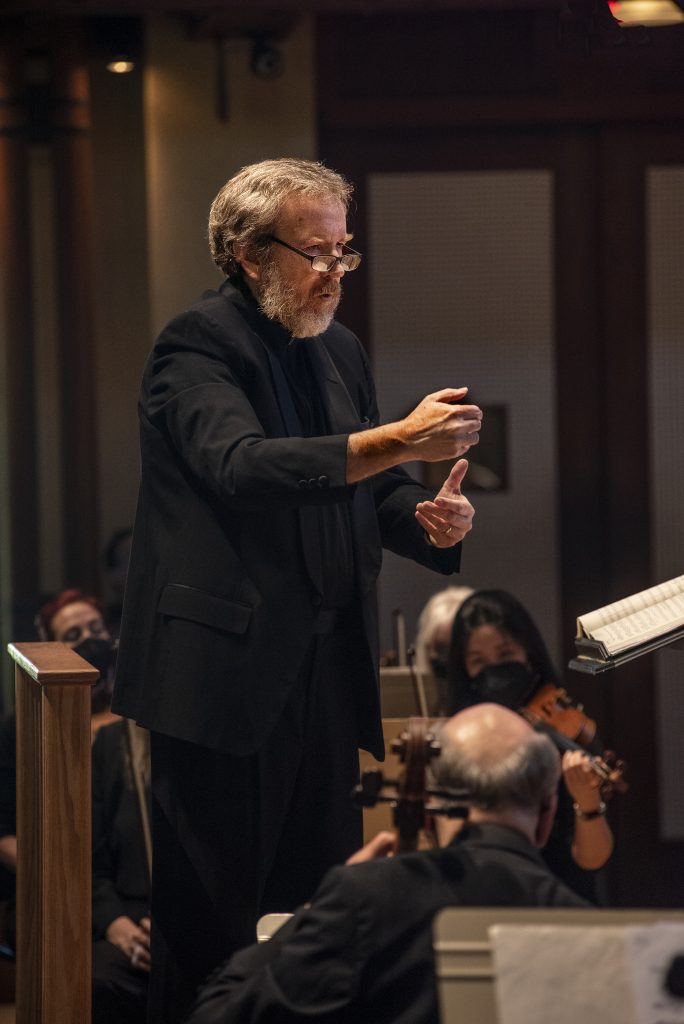 ​Jack Brown brings a wide range of musical experience to the entire Berkshire Lyric organization. He has conducted the Berkshire Lyric Chorus since 2007 in concerts ranging from Stravinsky and Rachmaninoff to Carl Orff’s Carmina Burana and Karl Jenkins’ Requiem. His recent journey with the Berkshire Lyric Chorus through the classical masters of Haydn, Mozart, Beethoven and Schubert at Tanglewood’s Seiji Ozawa Hall were broadcast on WMHT-FM. Maintaining predecessor Bob Blafield’s tradition, he continues to do important year-round work with our own Lyric Children’s Chorus. He enjoys working closely with young singers and choruses, and continues to add fresh educational outreaches to Berkshire Lyric.

​Well known to area audiences as a bass soloist in oratorios of Bach, Handel, Mozart, Mendelssohn and Brahms, Jack has sung professionally in the wider region. He has been a frequent recitalist and has given premiere performances by a number of contemporary American composers. Jack is currently on the faculty of the Hotchkiss School in Lakeville, Ct., where he teaches voice and directs the choral program. During the summer months, he is the conductor of the B’Shalom Chorale of the Berkshires, a community chorus that explores Jewish choral music. Jack is also on the staff of the nationally known Austen Riggs Center in Stockbridge where he explores the healing power of music with the patient community. He also enjoyed long running relationships directing choruses at Bard College at Simon’s Rock, Massachusetts College of Liberal Arts and the Buxton School.

​A native of Philadelphia, Jack graduated from the College of Wooster in Ohio. A long time New Yorker, he was an executive with G. Schirmer publishing and earned a master degree at New York University. While in NYC he studied voice privately with Richard Cross of the Juilliard School and choral conducting with Robert Baker of the Yale Institute of Sacred Music and Union Theological Seminary. Jack has two young adult daughters, both raised in the Berkshires, and lives in Stockbridge with his wife Cindy. 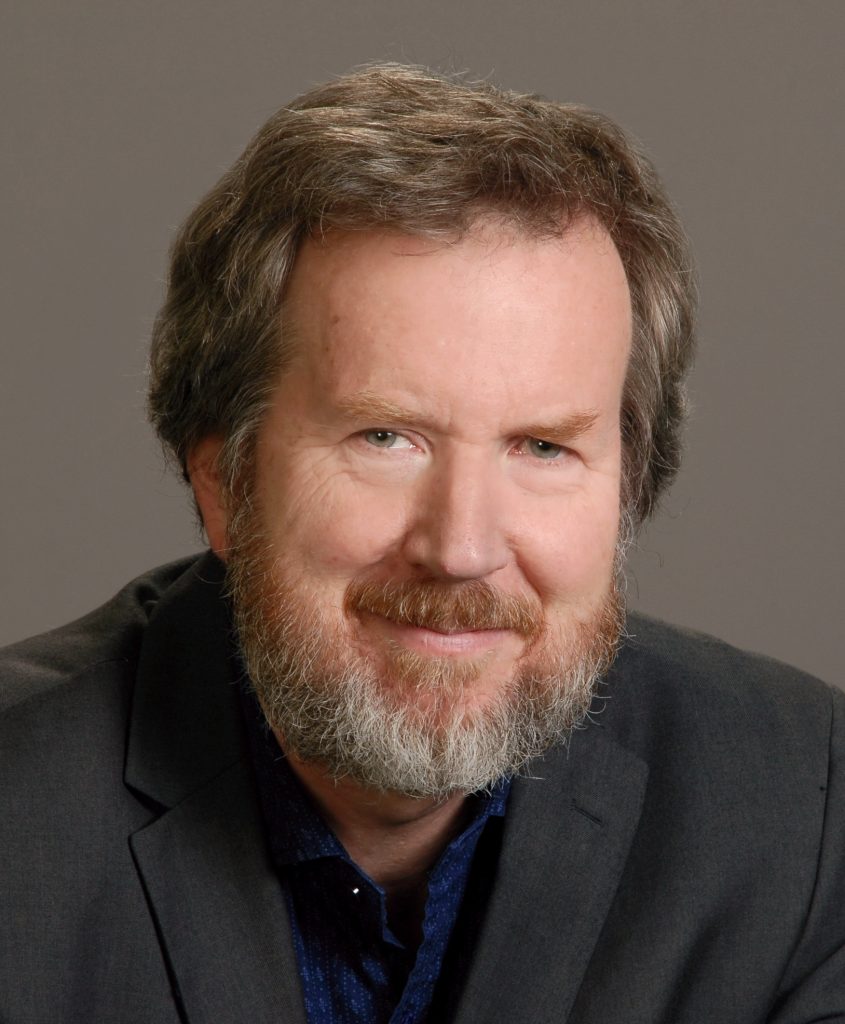 ​Anything of real value
happens in community,  (the solitary agent is overrated)
does not usually happen quickly,
involves steady work and patience,
must have one foot in tradition,
must be nurtured with a bias towards steady positive forward action,
involves mastering some detailed complexity before you get to the brain float,
must be done with love (different than niceness, but crucially includes kindness)

All of the above must be specifically applied in the work of an artist,
but also could apply to general relationships, politics, marriage, sports,
economics, etc. That is why the arts, and specifically a chorus, can be a wonderful
template for the rest of an ordered society and a meaningful life. 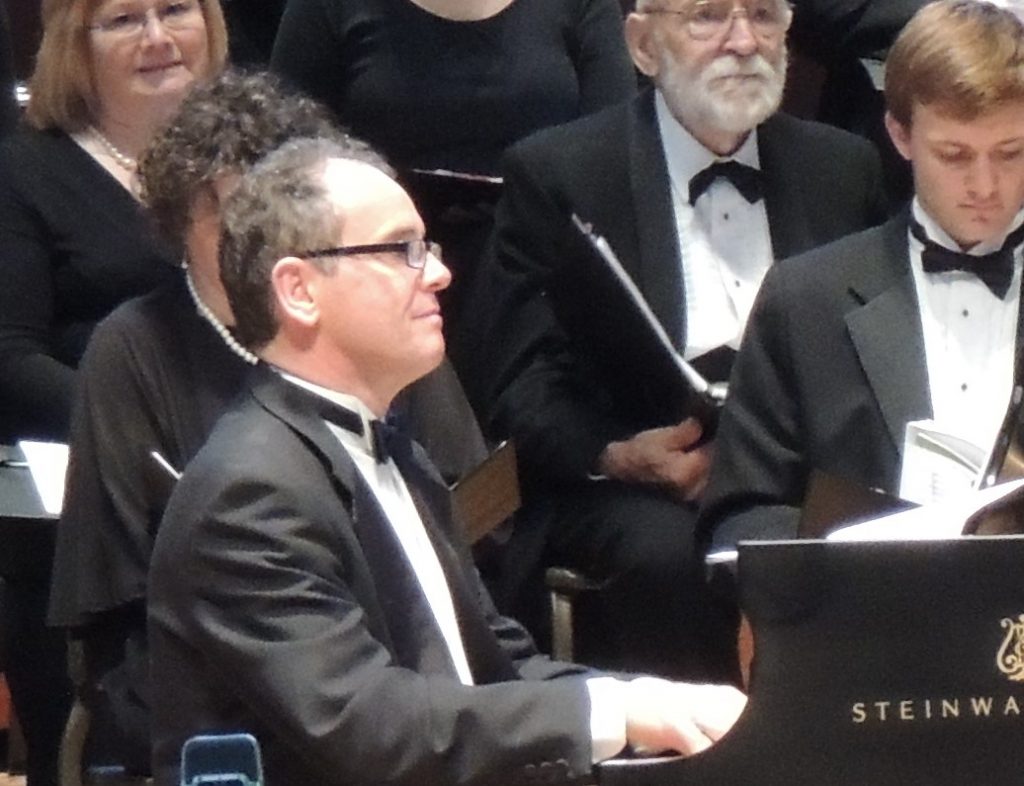 Joe Rose served as the accompanist for his high school choir in the 1960’s and since then has been continuously involved in many aspects of musical performance, composition and direction. He is the Music Director at St. Charles Church in Pittsfield where he leads three choirs and a full program. The accompanist for all the choirs of the Berkshire Lyric for many years. He continues to support the choirs as an outstanding pianist, organist and arranger.

He is also heavily involved as a jazz pianist, arranger and producer. He has won the Telly award twice for outstanding achievement in musical composition and sound design. He records and produces local artists, and also performs regionally in jazz and pop venues. In the summer, he serves as the music director for our successful Cabaret fundraiser for The Lyric Children’s Chorus featuring a jazz trio and several outstanding young singers at the Lichtenstein Center for the Arts. 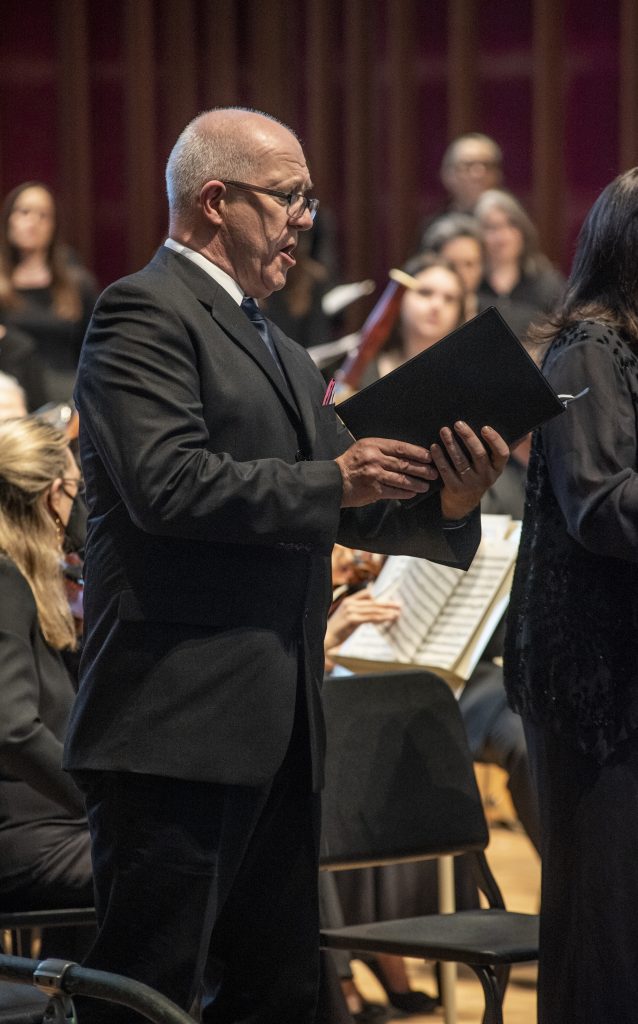 John Demler is Berkshire Lyric’s Resident Vocal Artist in recognition of his significant and ongoing contributions to Berkshire Lyric as a professional bass singer over the past decade. He has been a soloist with Berkshire Lyric in not only in a wide range of oratorio from Stravinsky to our recent Mozart Requiem at Seiji Ozawa Hall, Tanglewood, but in countless Christmas concerts and Kick the Winter Blues popular concerts. John relocated to the Berkshires from Philadelphia, where he enjoyed a number of seasons with the Philadelphia Opera Company and the Philadelphia Singers. He has performed operatic roles from Italy to Alaska. Always a busy soloist in the wider Berkshire region, he has sung dozens of oratorio performances. John lives in Pittsfield with his wife and two daughters. He teaches Spanish and French at Nessacus Middle School in Dalton, and directs the school chorus. 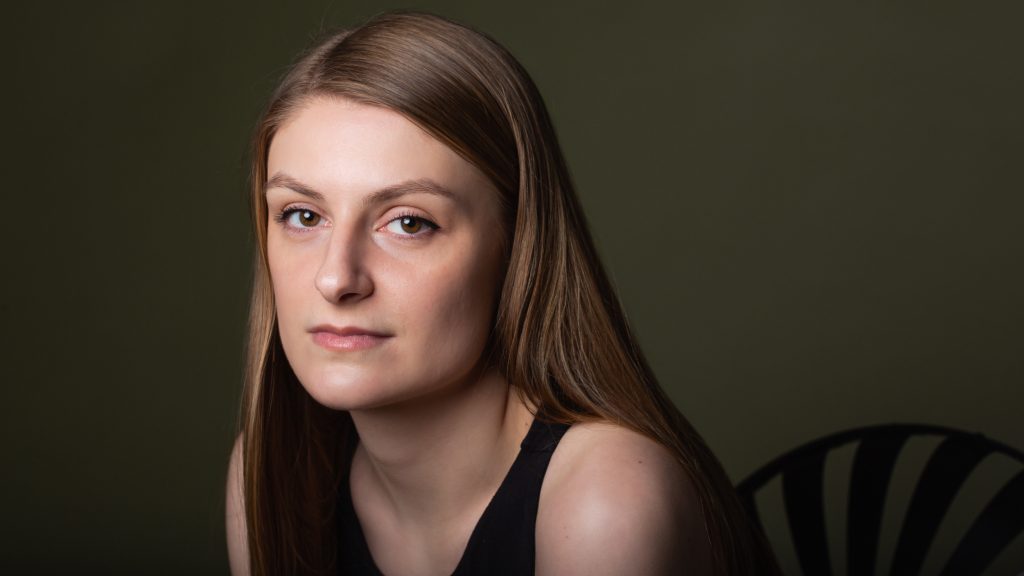 We welcome Caroline Fairweather as a new member of our musical staff for the 2019-2020 season. A native of Pittsfield, a graduate of Taconic High School and recent graduate of Williams College, Caroline began her association with Berkshire Lyric while in middle school as a member of our Blafield Children’s Chorus. She continued as a Berkshire Lyric High School Choral Scholar, and as a member of both the Berkshire Lyric Chorus and Ubi Caritas. At Williams, she was the musical director for the Ephlats, an all-gender a cappella group. Over the past ten years, she has worked with Berkshire Theatre Group, Barrington Stage Company, Williamstown Theatre Festival, WAM Theatre, Shakespeare and Company, Pittsfield Shakespeare in the Park, New Stage, Ghent Playhouse, and Mixed Company. She has studied classical acting at the London Academy of Music and Dramatic Art, and has received a fellowship that will take her to Japan to study the Noh-inspired Suzuki Method of Actor Training in 2021. 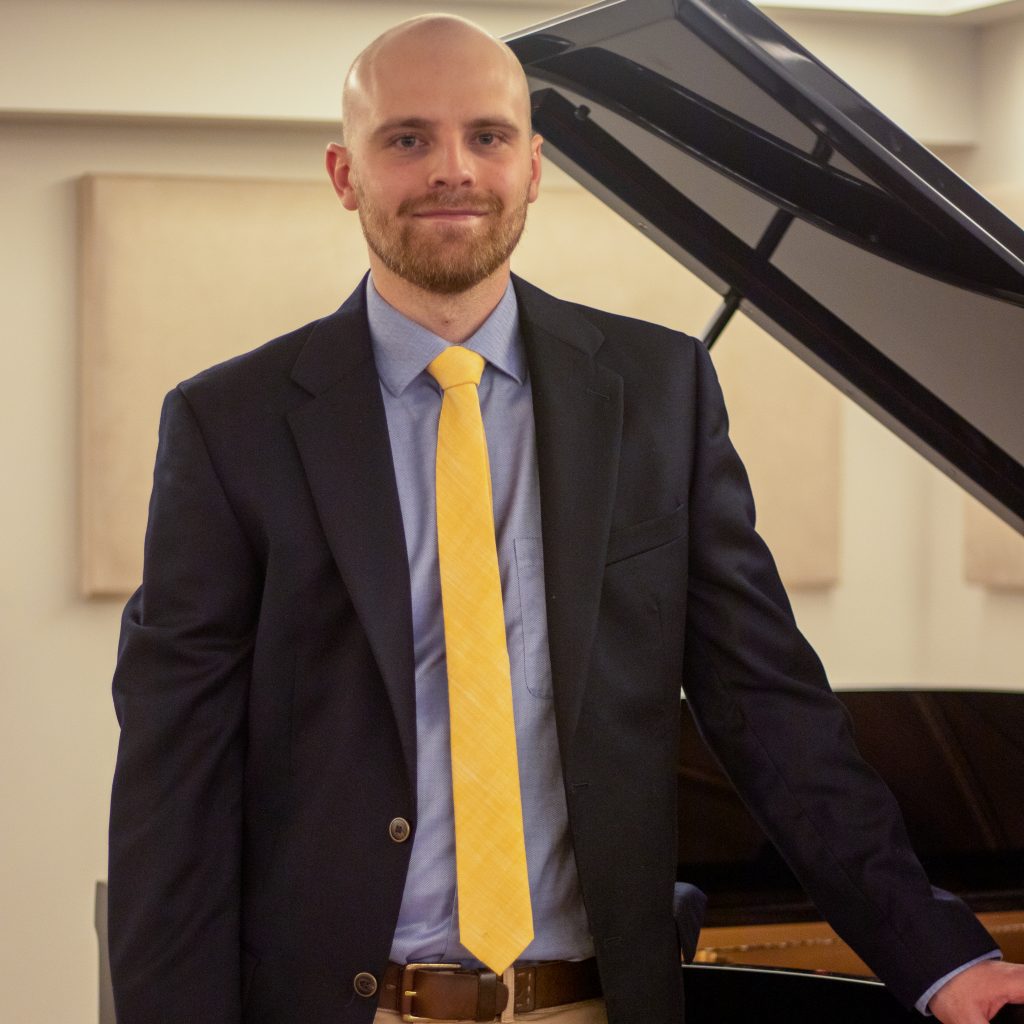 ​Composer Anson Olds grew up in the Berkshires and lives in Great Barrington, Mass. He has studied composition with Steve Murray, Andrew Bonacci and Scott Blanchard. As a student at Westfield State University he was the recipient of the Kenneth Manzer award in music. He has composed music for solo voice, chamber music for strings and for percussion ensemble. His premiers with Berkshire Lyric include a setting for a cappella chorus of Ubi Caritas in 2019 and Lullaby, written for Melodious Accord in 2019. Anson also presents an online theory and rudiment course for Berkshire Lyric singers.